The Hunger for More: What We Really Want and Need.... 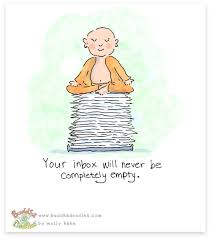 “Instead of complaining that the rose bush is full of thorns, be happy the thorn bush has roses.”

As a child, I was obsessed with other worlds—reading about alien planets, writing fantasy stories, or just playing video games. As a teenager, I longed to know as much as possible— who we were, why we are here, the meaning of life.

Later on, I started traveling. There was so much to see, so much to do, so many ways to look at the world. I wanted to see it all, touch it all, experience it all.

This need for more has existed throughout my life in its many forms, and I can thank it for always driving me to do great, exciting things. But at the same time, it has never allowed me to stay still, to just enjoy myself the way so many people seem to.

When I ignore this feeling, it starts gnawing away at me from the inside. It tells me that I am not doing enough, that I’m lazy, a time-waster. Some would call the feeling a feeling of becoming stir-crazy, cabin fever, ennui.

I look at it as a hunger. When I ignore that hunger, when I stop traveling or learning or creating or just doing, the weight of the world piles up on me and life suddenly feels like a suffocating, restricting place.

If I continue to ignore it, I tend to slip into depression or sadness; the smallest of stresses will bring me to tears.

But what is that hunger? Do we all have it, to some degree? Without the human desire for knowledge and development, we might all still be living in caves.

That hunger takes different forms depending on how it is channelled.

Given the right circumstances, we get creativity, ambition, and invention. Given the wrong ones, we get that dark, burning need to amass more and more money and power—that greed that can be seen in so many people throughout our history.

We often try feeding that hunger with money, power, knowledge, creative output, food, sex, or drugs. We desperately try everything to fill that void, apart from what we really need.

Four years ago, when I was on the verge of depression, a friend suggested that I try mindfulness. In short, the art of being in the here and now, of focusing on the senses instead of the thoughts, and of looking at thoughts objectively.

It took a while, but what my most successful moments of mindfulness showed me is that it is possible to be still, to absorb a moment fully, without that restlessness, that hunger, starting to tap its foot and demand to know what on earth I think I’m doing.

Quieting the nagging voice in my head has become an art of its own, now.

The most powerful moments are found walking through nature, just listening to the variety of bird song, or feeling the ancient strength of a tree against my back.

In those moments, another, older feeling comes to me. That feeling is of being one; one with myself, one with nature, one with everything. The flowers, the trees and the birds are just a part of it.

In the heart of a forest I realize something so true, so powerful, that it brings tears to my eyes.

We are animals. We are part of the earth, just as any animal or plant is. Somewhere along the line, we evolved to crave more, to be aware of our surroundings, and to think about ways to improve it. That craving brought us the modern comforts that we know now, but it also brought with it a world of suffering.

In our haste to become more, to know and to create, we also felt that it was our destiny to conquer not only each other, but also nature. But this very act of cutting ourselves off from our roots has had disastrous consequences for many.

Most of us crave companionship, whether we seek it by clinging to romantic partners or through a string of disconnected, drunken nights. We are addicted to social networking, perhaps not because of the technology itself but because it substitutes for that feeling of oneness, of connection, that we have lost.

We, in the developing world, are starving ourselves. This fast-paced, technology-based life, focused only on the acquiring of money and status is a twisted manifestation of a hunger that exists deep down in every one of us.

But what that hunger really is, what that calling inside us really is, is a call back to oneness, to our roots, which we ignore.

One way to describe it is that we all have souls, and that our souls are connected to the earth and everything on it. Or, you could say, every atom in your body was once part of something else on this earth, and will be again.

Without nature, we cannot eat or breathe, and yet we lock ourselves up in man-made cubicles and unquestioningly buy food from packets.

We also need to connect to each other. We might seem to connect online, but it is at the cost of face-to-face interaction, which is far better for us.

It worries me to see children glued to phones and games, ignoring the people around them. If we aren’t even teaching people to connect to each other and to their world, then there’s little wonder that so many people are unhappy.

Ironically, people slave away unhappily so that, one day, they can relax in the countryside or on the beach. That retirement dream might be nothing more than recognition that we need to surround ourselves with a more natural environment, not in some distant future but right now.

I’m not saying that we should abandon all human progress and go back to living in caves. Some inventions have saved lives and made it possible for us to live much longer and healthier lives. However, we need to look at the mental health problem we’re facing and consider all other possibilities before throwing drugs at people.

Nature therapy and mindfulness are growing industries, and have been shown to treat everything from substance abuse to depression and anxiety.

You can see the effects yourself; just sit in a park and close your eyes, listening to the birds or the running water. Turn off your phone and let yourself just BE.

Recognize that you were created by nature; that you are part of it and it is part of you. I have been so much happier since I honoured this core part of myself, and I want to share it with everyone.

I believe the hunger is a calling—a calling back to where we came from. We are each one tiny part of a massive picture, and when we disconnect ourselves from it we are denying ourselves the beautiful, meaningful feeling that comes from recognizing that we are all part of the same amazing world.