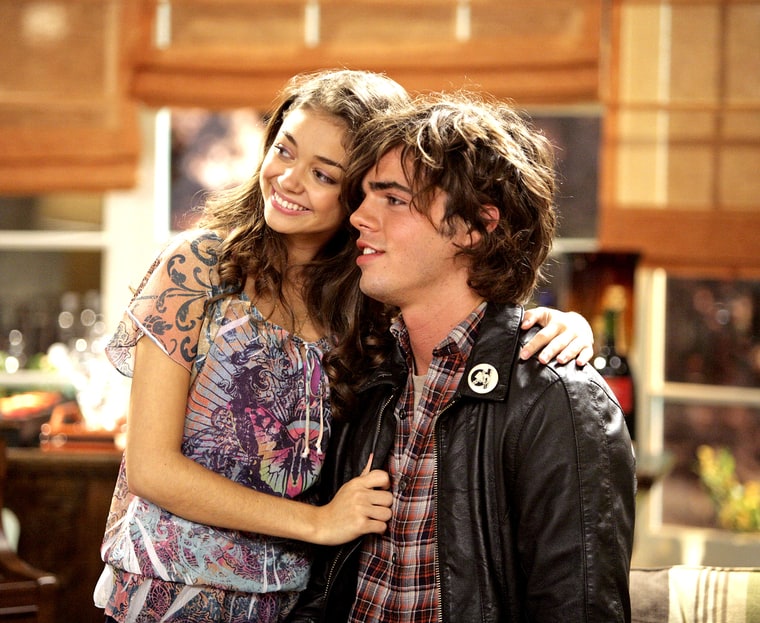 Modern Family star Reid Ewing wrote about his struggle with body dysmorphia and plastic surgery addiction in a blog on the Huffington Post....

Reid Ewing, who played Sarah Hyland's boyfriend Dylan on Modern Family for six years, is opening up about his battle with body dysmorphia and addiction to plastic surgery in a painfully honest blog on Huffington Post.

The 27-year-old detailed his first surgery — large cheek implants in 2008 — in the post published on Thursday, Nov. 19.

"I genuinely believed if I had one procedure I would suddenly look like Brad Pitt," he admitted.

But after having to wear a full facial mask and take painkillers for two weeks, the change "was nothing like I had expected," Ewing wrote. "The results were horrendous."

When the first doctor refused to operate on him for another six months, the then 19-year-old found another surgeon, who suggested he get a chin implant.

"Only a few days passed when I noticed I could move the chin implant under my skin, easily moving it from one side of my face to another," he revealed. "I rushed back to the surgeon, and acknowledging he had made a mistake, he operated on me again."

"For the next couple of years, I would get several more procedures with two other doctors. Each procedure would cause a new problem that I would have to fix with another procedure," Ewing wrote, explaining that he paid for the surgeries with money he made from acting and borrowing money from his parents and grandmother "when I was most desperate."

"Much of this was going on during the same time period I was shooting Modern Family," he admitted. "Most of the times I was on camera were when I'd had the numerous implants removed and was experimenting with less-noticeable changes to my face, like injectable fillers and fat transfers. None of them last very long or are worth the money."

In 2012, Ewing vowed that he would never get plastic surgery again, but he remained insecure about his looks. "It took me about six months before I was comfortable with people even looking at me."

The actor explained that he suffers from body dysmorphic disorder, which he described as "a mental illness in which a person obsesses over the way he or she looks."

Ewing said that he decided to speak out after seeing his first doctor offering cosmetic surgery tips in a magazine.

"Before seeking to change your face, you should question whether it is your mind that needs fixing," he wrote. "Of the four doctors who worked on me, not one had mental health screenings in place for their patients, except for asking if I had a history of depression, which I said I did, and that was that. My history with eating disorders and the cases of obsessive compulsive disorder in my family never came up. None of the doctors suggested I consult a psychologist for what was clearly a psychological issue rather than a cosmetic one or warn me about the potential for addiction."

While Ewing agrees that plastic surgery "is not always a bad thing" and can help people who actually need it for serious cases, "it's a horrible hobby."

"I wish I could go back and undo all the surgeries," he wrote. "Now I can see that I was fine to begin with and didn't need the surgeries after all."