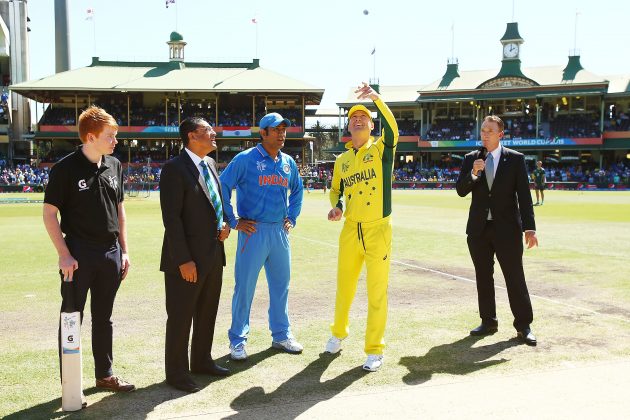 An absolute blinder was required from an India player to pull the semi-final off; that didn’t happen and Australia was the deserving winner

It is always best to be practical and honest. And so it must be mentioned straightaway that while the Indians did wonderfully well in the World Cup, the simple truth is that they didn’t win a single match against the Australians on the entire tour, not in the Test series, not in the ODI tri-series that followed, not even in the practice tie before the World Cup began.

So Australia, certainly had an edge going into the World Cup semi-final, more so with the home conditions. The odds were, thus, definitely against India. It would have required an absolute blinder from someone in the Indian side to pull the semi-final off, that didn’t happen and Australia turned out deserving winners.

Given the Australian dominance, the one factor that could have helped the Indians was the opportunity to bat first. Denied the luck with the toss, and the ideal situation of being able to set a target, they found their opponents capitalising fully.

What one must realise is when a team bats first, even the contributions from the tail can sting, for every additional run means one more run to be chased down.

But when you chase and it comes down to the tail, it means the hopes have already gone. That said no team, no good team that is, relies too much on the toss, for its but a lottery.

As predicted the short ball was part of the strategy for the Indians, after all statistics and data mining clearly indicates that their pacers’ got a major percentage of their wickets with such deliveries. But did India succeed with the short-pitched bowling plans on the day? The answer would have to be yes and no. Yes, as they did get some wickets that way and no because they also went for plenty with the same lengths. Perhaps the skills of the opponents wasn’t taken into proper account while employing the strategy.

To the Indians’ credit, there was a near miraculous comeback into the game, thanks mainly to Mahendra Singh Dhoni whose sharp captaincy did the trick. But then the advantage so gained was nullified by the Aussie tail, who tore into the Indian pacers at the end.

However, my heart goes out to the three fast bowlers, Mohammad Shami, Umesh Yadav and Mohit Sharma who held centre-stage for a long while in the tournament.

I am sure the learnings would have been plenty and going by this experience, I do feel that fast bowling in India is on the right track.

Add Ishant Sharma and Bhuvneshwar Kumar to the trio and I would say it’s a healthy place for the team to be in.

We cannot forget Ravichanderan Ashwin’s contribution. We didn’t see much of him during the early part of the tour but as they say class will always win. From when he came back into the Indian XI, the class has been very apparent.

While Ashwin’s fine skills are undebatable, the jury has to be still out as far the Indian batting on the day is concerned. It's rather difficult so say whether it was plain ordinary batting on view or if the poor showing with the bat was caused by high class bowling from the Australians.

In an era where the bowling is normally decimated, the old adage of bowlers wins matches, was held to be true by the likes of the two Mitchells - Starc and Johnson. The pitch was flat but no one seemed to have told Starc or Johnson about it.

The rules have been against the bowlers for a while now, but again none of it seemed to matter to the two left-armers. It didn’t matter that the Indians didn’t lose early wickets, they still had trouble dealing with the duo. Of course, it helped no end that a quality third pacer was available in Josh Hazlewood, for a third such bowler helps in keeping the pressure on even if wickets don’t fall.