A Message For Those Who Feel Lost And Are Looking For Answers.... 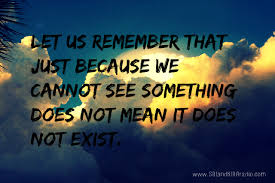 “Wherever you go, there you are.”

On June 24th I got in a cab at the corner of 72nd and Broadway headed to JFK, hauling two huge suitcases full of medications, bug spray, sunscreen, gluten free foods, a bug tent (really), and cheap cotton clothing.

I checked in, made my way to the gate, and embarked on a 24-hour flight to Ho Chi Minh City, Vietnam.

Months of confusion and identity crisis brought me here.

Almost a full year ago, after returning from performing with a national tour that ended up being a lot less fun than I had dreamed, and having a foot surgery right after thanks to a doctor who made just a little mistake, I decided I wanted to try going off of Zoloft, which I had been on for the better part of six years to help with anxiety and depression.

This marked the beginning of what I am now referring to as my “Quarter Life Crisis.”

I started working with a life coach, began a dedicated daily meditation practice, joined a yoga studio, broke up with my boyfriend of three years, and read Brené Brown and Mark Nepo and Tara Brach and Byron Katie.

I went to a million and one auditions, suffered some major loneliness and isolation living in a studio apartment in a Manhattan winter, began letting my ex-boyfriend back into my life, and after several months of this, working so hard to keep myself afloat, I felt 100 percent lost.

I began asking hard questions, like “Why are you in showbiz? Are you just trying to prove something? Was this ever what you really wanted to do? Do you even like New York anymore?”

I sat in my apartment and ruminated; oscillating between feeling God profoundly (life is beautiful! Look—God is in that steam coming out of your humidifier!) and feeling painfully hopeless.

On one of my few gigs last spring, I was chatting with the make-up artist about her travels to Southeast Asia the previous summer.

She told me about the nonprofit organization she taught English with. Before she went to Vietnam, she felt uninspired and “over it”; after, she felt a new person. A light went off inside—maybe this is what I need to do!

In May I applied, and within weeks I had been interviewed and invited to join the trip to Duc Linh, a rural region about 100 miles northeast of Ho Chi Minh City. I had five weeks to make up my mind, get my act together, and either board the plane or not.

I was terrified, but I said yes. I hoped that this trip would bring me some answers and force me to grow in the ways I needed to in order to make it through this no-mans-land of confusion, and into the next chapter of my life.

Duc Linh was nothing like I imagined and nothing like described. I taught English to a group of teenagers and some adults, and spent afternoons playing with little kids of all ages. They absolutely embraced me; it was unconditional love at first sight.

I felt simultaneously alone and isolated there, as well as overwhelmed by human interaction. The kids would yell “LOW-RAH!” as I walked by, run up to me, adorn me with flowers, touch my clothes, touch my hair, touch my armpits, and hold my hand, all while chattering away in Vietnamese.

I kept a blog and drafted posts that I assumed I would fully write and publish in a week or two, once I had learned some amazing, life-changing, clarifying lessons.

There was no “Aha! I want to be a (insert amazing profession that totally makes sense and clearly was my calling all this time)!”

It was more like “Aha! I can ride on the back of a bike with a fifteen-year-old kid who doesn’t speak my language, have no idea where we are going, and have an amazing adventure in a rambutan garden!”

Or, “Aha! I can become ‘big sister’ to a little girl and boy (Chi and Bao) without having a single conversation.”

For the first time in my privileged life, I was exposed to an impoverished world, to kids who had no idea what the heck I was talking about when I said “Broadway!?” and who looked at photos of Central Park and said “Wow! It’s like a resort!”

They wore the same clothes every day and played outside barefoot in the dirt. They slept in houses with tin or straw roofs and anywhere from one to four walls.

My concerns in Vietnam were much more immediate than my American QLC (Quarter Life Crisis) concerns.

I recalled my QLC problems and thought man, what a luxury to be able to think about that nonsense! If I had a working shower and a bed and a quiet space, I would be perfectly happy!

After spending a month in Vietnam, I became completely amazed at the life I live.

In Man’s Search for Meaning Viktor Frankl writes, “A man’s suffering is similar to the behavior of gas. If a certain quantity of gas is pumped into an empty chamber, it will fill the chamber completely and evenly, no matter how big the chamber. Thus suffering completely fills the human soul and conscious mind, no matter whether the suffering is great or little. Therefore the ‘size’ of human suffering is absolutely relative.”

When I first returned from Vietnam I was overwhelmed with gratitude for my life, but over time the normal anxieties crept back in.

The confusion I experienced before I left Vietnam was still there, waiting for me in my apartment on 72nd and Broadway, saying, “What, you think you can just leave me here all summer and I would move out?”

Before I left for Vietnam, I had a great plan of how the following months would play out. I would learn a lot, grow heaps, and hopefully figure out my life purpose over the course of the month spent there (so reasonable).

Afterward, I would return to the city a new woman with new dreams and plans and a clear sense of purpose and direction. I would write a captivating article all about my transformation and it would be inspiring, motivational, and amazing.

Everything in my life up to that point would make sense, and I would look back on the last few years and say, “Ahhh, I see why all that happened. It was all to bring me here to this amazing place of self-actualization and peace.”

Alas, there is no amazing conclusion, no way to tie this piece with a clarifying bow.

Of all the lessons learned this summer, the greatest one may be “Wherever you go, there you are.”