I wrote a poem.

Any stress I had I came to you

Spills my lies, my truth

Any problems I had I came to you

Told you everything I was hoping to be saved by you

You never saved me, you didn't even hold me tight

Now a days, I keep to myself, i keep everything within

It seems as if I need someone to love

Someone to be there for my own sake

I get hurt, toy'd with, play'd with, I wonder if you know

I blame you, I blame you for what you put me on a search for

What I have to deal with

I curse the day we met, you taught me nothing but how to handle pain

You taught me nothing but pain

I wish you could see the front I put up

Only you can see the real me behind the front

I can't even focus straight

Schools not even phasing me

I drink I dance. It's all about the palance

But not my well being

I masquerade pain brah, I need to stay away from reality brah

Because you hurt me

When I Asked God for Strength;

He Gave Me Difficult Situations to Face...

When I Asked God for Brain & Brown;

He Gave Me Puzzles in Life to Solve...

When I Asked God for Happiness;

He Showed Me Some Unhappy People

When I Asked God for Wealth;

He Showed Me How to Work Hard...

When I Asked God for Favors;

He Showed Me Opportunities to Work Hard...

When I Asked God for Peace;

He Showed Me How to Help Others...

God Gave Me Nothing I Wanted;

He Gave Me Everything I Needed..!

When things are complicated ... I wish you simple beauty ...

When things are chaotic ... I wish u inner silence ...

A friend who is far away is sometimes much nearer than one who is at hand ...

Is not the mountain far more awe-inspiring

& more clearly visible to one passing through the valley

Than to those who inhabit the mountain???

She is the force of compassion and caring ...

So needed yet so often unrecognized in our world ...

She offers a creativity that destroys rigid thinking ...

She is receptive to new thoughts and can birth new ideas ...

We can become Her devotees by seeing Her Light in all of our experiences !!!

Cried tears over how people had harmed themselves ...

Through their own jealousy ... self-justification ...

Each of Her teardrops falls to Earth and becomes a devotee ...

Willing to do Divine Mother’s work ...

The highest and most blissful aspiration there is...

The Greatest Gift Of Knowing Your Twin ....

I believe that we have a connection with a particular soul in the universe ...

That we will connect with to further our mission ...

Our life purpose together on this Earth ...

This will happen through synchronicity ...

Meeting with your twin soul brings brings out your internal spiritual revolution ...

A deeper connection and understanding of the Divine ...

And the Universal Oneness ...

This is the greates gift of knowing your twin ... 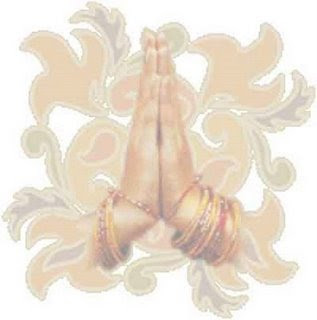 I am in the science of law,

In the science of life,

In the art of medicine,

In interpretation of events,

In the art of poems and song,

In the difficult tomes of arty grammer,

In the holy books of yore,

In the psalms of Vedas.

In singing about your great deeds,

In the art of dance and in art of comedy,

And so how can I get favour of Kings?

Oh Lord of all beings,

Oh all knowing one,

Of most famous one,

And Oh , all pervading one,

Tell me who am I?

And be pleased to protect me ,

Showering on me your sea of mercy.

I am surrounded by a million stars that sing to the night ...

That glow with the radiance of unforgotten glory ...

That hold together in an embrace of intimate knowing ...

Each one of this million separate and unique ...

Each one the guardian and redeemer of all ...

I wish someone hear my pain of my heart…

I wish some share the weight of my shoulder…

I wish rains will wipe my tears…

I wish you to love me the same way I do…

I wish no one see me morn…

I wish to not another day…

I wish you were still here…

And i still wish this nightmare to be over…!

I want to hate you, but

I love you more,

I want to forget you, but

I remember you more...

I want to make a distance of thousand miles from you, but

You come closer to me and touch my soul,

I am always surrounded by crowd, but

Your memories make me feel alone ...

I don't want you in my life for a moment, but

You are always in my mind,

Even if you don't love me and don't need me, but

I need you and love you more and more for forever....

A warrior stands for what he believes in..

He choose the hard path than the easy one..

He protects and guard the people who trust in him..

He put others needs before his..

He hide his tears while others laugh..

He can lead an army when no one can..

He’ll rise as the leader when no one else will..

He fights with an army as one..

He never bows his head to the sun and the rain..

He will swim against the flow..

And stand against the storm..

He looks up in the sun..

And walks in the rain..

He respects the ones who deserves it..

He crush the ones who doesn't deserve it..

He stands for the justice..

And guard even his enemy's for that..

He will never turn down any challenges..

He looks into the eyes of his enemy with no fear..

Death will be embarrassed in his presence..

And life will fear..

His faith is his sword;

And he keeps it with him even when he sleeps..

He will never forget his footsteps he has taken..

And other foots that stomped over him...

Before every battle he hopes for the best..

And during the battle he hopes for the peace..

And after the battle he seeks for the next one..

Time to time he wonders when it will end..

When this battle will be over..

The only thing can bring him peace is his death..

What we should learn...

Learn to smile when you sad, it'll make u pleasant…

Learn to laugh when you feel to cry, people will look up to you

Learn to cry when you are alone, so the world won't see your tears…

Learn to stay calm when you feel the burn, you’ll find a way…

Learn to stand up for what you believe in ...you'll be unique…

Learn to help even if it's your enemy…you'll be a legend...

Learn to be calm when you been mistreated, because you'll see their doom

Learn to love the world, because it’s so beautiful…

well now, if u learn these you will be invisible…!

The blissful winds are sweet to us ...

The seas are showering bliss on us ...

May the corn in our fields bring bliss to us ...

May the plants and herbs bring bliss to us ...

May the cattle give us bliss ...


O Father in Heaven be Thou Bliss­ful unto us !!!

The very dust of the earth is full of bliss ...

I dint hear all you said...

Because I was lost in the glaze of your eyes...

Your smile was a grail to me...

You were a star that far from me...

All I can do was just wish to have you...

When you walked away...

A drop of tears appeared in the corner of my eyes...

We saw a connection...

Only the soul could understand...

You never talked much...

And I never bothered to ask you much…

But just that look told me a story...

I still look at the star

And wish to reach it one day...

Here I am walking alone...

Afraid to tell you how I feel...

Unless you wanted to walk along...!

I was sitting lonely in the dark..

darkness was rushing through my eyes..

and carving my soul away..

I looked around to find that melody..

I ran towards it with all my strength..

I tried to get closer and closer..

but it was fading far and far…

I was still running with all my strength..

without realizing I have left the darkness

Light ran through my eyes with a likely pain..

I saw the world of light, eager and curious..

I was still running towards melody voice..

I chased the voice and came to the colorful world..

I herd that melody voice from behind the colorful flowers…

And I saw a beautiful angel, she opened her arms towards me..

It is you …ooh my pretty angel.

As the waves of the coast

Part of the ocean

The stars up in the high

Part of the sky

Now I designate to you

I dream of a river

A water so blue

I wish I could live there

As the air I breathe

You will always be there

The wings I need

When I want to fly

Now I designate to you

I dream of a river

A water so blue

I wish I could live there

When tears come in devotion it is a positive sign for me ...

Tears are the indication that our heart ...

Is truly longing for the vision of our Ishta(Love) ...

Tears indicate that the heart is being purified ...

However, because vanity is deeply engrained in the human mind ...

What often happens is that when tears come ...

We think to ourselves ...

I'm a good devotee because i have tears ...

i dont feel ashamed in saying this or feel this way ...

--- Mirabai.
(Mirabai was a 16th Century Rajasthani Princess who left her palace & famiy, to wander throughout India, singing the name of her beloved God, Krishna).

Its so painful pretending to be asleep now

The drops that fall are tears

And youll wait for the dawn and then go

Because its you whos afraid of the dark

I knew you so well, and now its all a memory

I think everyone likes you

I'll miss you, you dont need to worry about that

What makes it so painful

I loved you so much, and now its all an excuse

Its all a memory

I loved you so much, and now its all an excuse

The thing thats most precious to me has become the furthest away...

But there is only a Single Light.

Suspends the veil and all faiths and theologies disappear.

When "me" and "you" disappear,

how can I tell if I'm

a mosque, a synagogue,

a church or observatory?

The Marriage of the Soul...

Descending to the earth ...

That strange intoxicating beauty of the unseen world ...

Lurks in the elements of nature ...

who has attained the rightful balance... becoming aware of this hidden joy ...

straightaway is enamored and bewitched ...

And from this mystic marriage are born ...

the language of the heart ... virtuous living ...

And the fair child Beauty

And the Great Soul gives to man as dowry

the hidden glory of the world ...

From: Rose Garden Of Secrets(Collection of Poems)