Bless Me Father, For I Have Sinned! 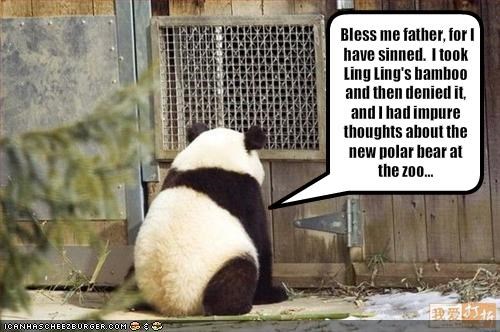 "Bless me Father, for I have sinned. I have been with a loose girl."

The priest asks, "Is that you, little Joey Pagano?"

"And who was the girl you were with?"

"I can't tell you, Father. I don't want to ruin her reputation."

"Well, Joey, I'm sure to find out her name sooner or later so you may as well tell me now. Was it Tina Minetti?"

"Was it Teresa Mazzarelli?"

"Was it Nina Capelli?"

"My lips are sealed."

"Was it Rosa DiAngelo, then?"

"Please, Father! I cannot tell you."

The priest sighs in frustration. "You're very tight lipped, and I admire that. But you've sinned and have to atone. You cannot be an altar boy now for 4 months. Now you go and behave yourself."

Joey walks back to his pew, and his friend Franco slides over and whispers, "What'd you get?"

A young woman on a flight asked the Priest beside her : " Father, may I ask you a favor ? " "What may I do for you ?" "Well, I bought an expensive ladies' electronic hair dryer for my mother's birthday that is unopened and well over the Customs limits. Is there any way you could carry it through customs for me? Under your robe perhaps?" "I would love to help you, dear, but I must warn you I will not lie." When they got to the Customs, she let the priest go ahead of her. The official asked : "Father, do you have anything to declare ?" "From the top of my head down to my waist, I have nothing to declare." The official thought this answer strange, so he asked : "And what do you have to declare from your waist to the floor ?" "I have a marvelous instrument designed to be used on a woman, but which is, to date, unused." Roaring with laughter, the official said : "Go ahead, Father ! Next please !!

Our Dreams Vs The Society.... 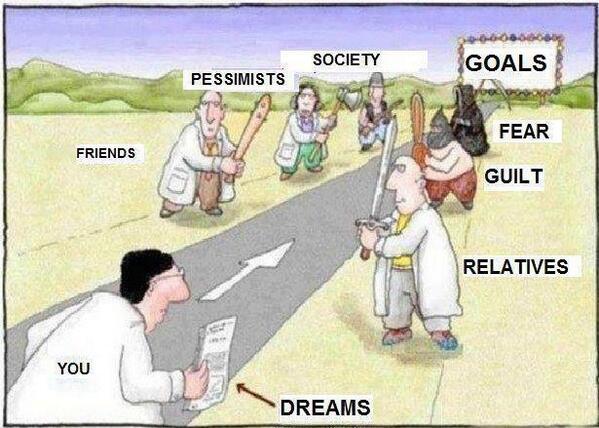 Your gunstick arm and glowy charm,

Makes me want to sound the alarm.

O how you scare with so much flair,

Don't dare look for presents under there!

We'll run and hide and in bed we'll stay,

The Barber & The Trip To Rome!

A man was getting a haircut prior to a trip to Rome.

He mentioned the trip to the barber, who responded, “Why would anyone want to go there.  Its crowded and dirty and full of Italians, you’re crazy to go to Rome, so, how are you getting there?”

“TWA!” exclaimed the barber. “That’s a terrible airline, their planes are old, their flight attendants are ugly, and they’re always late, so, where are you staying in Rome?”

“We’ll be at the downtown International Marriott.”

“That dump! That’s the worst hotel in Rome, the rooms are small, the service is surly and they’re overpriced, so, whatcha doing when you get there?”

“That’s rich,” laughed the barber. “You and a million other people trying to see him, he’ll look the size of an ant. Boy, good luck on this lousy trip of yours, you’re going to need it!”

A month later, the man again came in for his regular haircut, the barber asked him about his trip to Rome.

“It was wonderful,” explained the man, “not only were we on time in one of TWA’s brand new planes, but it was overbooked and they bumped us up to first class.

The food and wine were wonderful, and I had a beautiful 28-year-old stewardess who waited on me hand and foot.

And the hotel! Well, it was great! They’d just finished a $25 million remodeling job and now it’s the finest hotel in the city.

They, too, were overbooked, so they apologized and gave us the presidential suite at no extra charge!”

“Well,” muttered the barber, “I know you didn’t get to see the pope.”

“Actually, we were quite lucky, for as we toured the Vatican, a Swiss Guard tapped me on the shoulder and explained that the pope likes to meet some of the visitors, and if I’d be so kind as to step into his private room and wait, the pope would personally greet me.

Sure enough, five minutes later, the pope walked in. As I knelt down he spoke a few words to me.”

He said, “Where’d you get that terrible haircut?”

An elderly woman went into the doctor’s office.

When the doctor asked why she was there, she replied, "I’d like to have some birth-control pills."

Taken aback, the doctor thought for a minute and then said, "Excuse me,

Mrs. Smith, but you’re 72 years old what possible use could you have for birth control pills?"

The woman responded, "They help me sleep better."

The doctor thought some more and continued, "How in the world do birth control pills help you to sleep?"

The woman said, "Simple. I put them in my granddaughter’s orange juice every morning and I sleep better at night."

Results of a recent research show that there are 7 kinds of sex:-

The 1st kind of sex is called: Smurf Sex

*This kind of sex happens when you first meet someone, and you both have sex until you are blue in the face.

The 2nd kind of sex is called: Kitchen Sex

*This is when you have been with your partner for a short time, and you are so needy you will have sex anywhere, even in the kitchen.

The 3rd kind of sex is called: Bedroom Sex

*This is when you have been with your partner for a long time. Your sex has gotten routine, and you usually have sex only in your bedroom.

The 4th kind of sex is called: Hallway Sex

*This is when you have been with your partner for too long. When you pass each other in the hallway you both say "screw you."

The 5th kind of sex is called: Religious Sex

*Which means you get Nun in the morning, Nun in the afternoon and Nun at night.. (Very Popular)

*This is when you cannot stand your wife any more. She takes you to court and screws you in front of everyone. And, last, but not least:

The 7th kind of sex is called: Social Security Sex

*You get a little each month. But not enough to enjoy yourself.

Never Be Rude To Anyone....

An American tourist asked a boat guy in Zanzibar, "Do you know Biology, Psychology, Geography, Geology or Criminology?"

The tourist then said, "What the hell do you know on the face of this Earth? You will die of illiteracy!"

The boat guy said nothing.. After a while the boat developed a fault and started sinking. The boatman then asked the tourist, "Do you know Swimology and Escapology from Crocodiology?"

Why the sun lightens our hair, but darkens our skin?

Why women can't put on mascara with their mouth closed?

Why don't you ever see the headline "Psychic Wins Lottery"?

Why is "abbreviated" such a long word?

Why is it that doctors call what they do "practice"?

Why is it that to stop Windows 98, you have to click on "Start"?

Why is lemon juice made with artificial flavor, and dishwashing liquid made with real lemons?

Why is the man who invests all your money called a broker?

Why is the time of day with the slowest traffic called rush hour?

Why isn't there mouse-flavored cat food?

When dog food is new and improved tasting, who tests it?

Why do they sterilize the needle for lethal injections?

You know that indestructible black box that is used on airplanes?  Why don't they make the whole plane out of that stuff?

Why don't sheep shrink when it rains?

Why are they called apartments when they are all stuck together?

If flying is so safe, why do they call the airport the terminal?

Queen Elizabeth II: How Long Does A Queen Last..?

A man walks into a drug store with his 8-year old son. They happen to walk by the condom display, and the boy Asks, “What are these, Dad?” To which the man Matter-of-factly replies, “Those are called condoms, son. Men use them to have safe sex.”

Oh, I see,” replied the boy pensively. “I’ve heard of That in health class at school.”

He looks over the display and picks up a package of 3 and asks, Why are there 3 in this package?” The dad replies, “Those are for high school boys, one for Friday, one for Saturday, and one for Sunday..”

“Those are for college men,” the dad answers. “TWO for Friday, TWO for Saturday, and TWO for Sunday.” “WOW!” exclaimed the boy, “Then, who uses THESE?” he asks, picking up a 12-pack.

With a sigh and a tear in his eye, the dad replied, “Those are for married men. One for January, one for February, one for March….up to December”

The boy replied; “I am not getting married!!!!”

The Problem With Trying To Please Everybody... 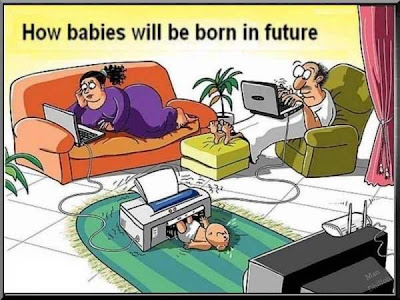 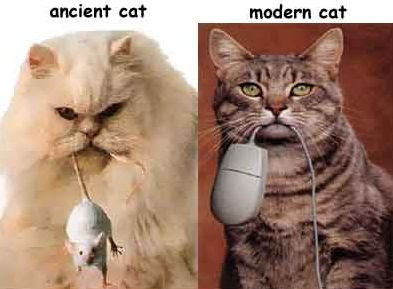 Grandma and Grandpa were visiting their kids overnight.

When Grandpa found a bottle of Viagra in his son's medicine cabinet, he asked about using one of the pills.

The son said, "I don't think you should take one Dad; they're very strong and very expensive."

"How much?" asked Grandpa.

"I don't care," said Grandpa, "I'd still like to try one, and before we leave in the morning, I'll put the money under the pillow."

Later the next morning, the son found $110 under the pillow.

"I know," said Grandpa. "The hundred is from Grandma!" 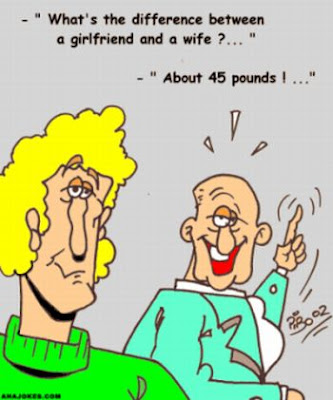 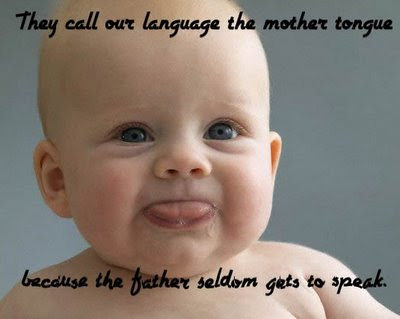 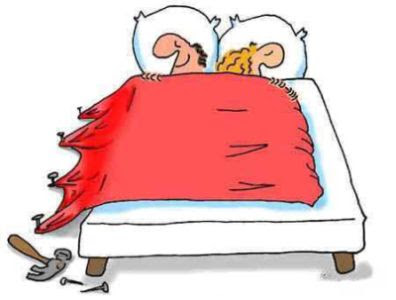 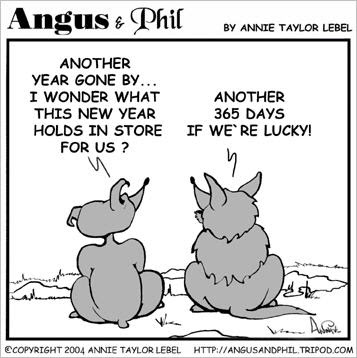